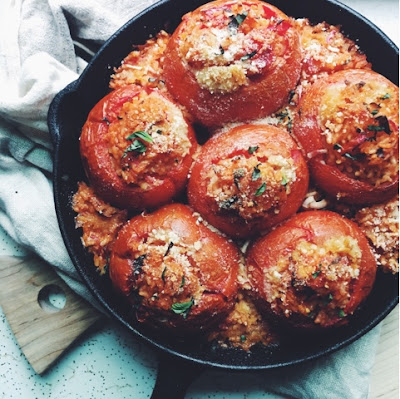 It was summer 2016, the summer of Jean-Claude Van Damme, and it was glorious.

A little back story: as the only child of two people aggressively uninterested in pop culture, I missed out on some stuff in my pre-adolescent years. At the age of 7 I endured my second greatest schoolyard humiliation (the first being the wooden playground/ slide mishap that required a trip to the emergency room to have a 5" long protruding splinter removed from my right ass cheek) on the monkey bars during recess on a crisp fall day. A few kids were talking about the video for "Bad" and how bitchin'  it was and I decided to chime in. Bad to the Bone? GEORGE THOROGOOD IS SO COOL. Did you guys see that episode of Alvin and the Chipmunks, too?! At this point I may have belted out a line or two. I was then matter of factly informed by the playground alpha that a) no one thought Alvin and the Chipmunks was cool and not one person on those monkey bars had ever heard of the song "bad to the bone" b) bad (not to the bone) was a song by some guy named Michael Jackson (?) NOT George Thorogood c) no one on that playground had ever heard of George Thorogood d) music videos were like movies for songs and you could see them on cable television if your parents were the kind of parents that were interested in paying for such a thing.

By the age of 11, I'd visited more historic homes and been an impatient spectator at more basket weaving demonstrations and dulcimer concerts than an entire nursing home full of old folks. Then I was 12 and there was middle school. Then there was Nirvana. A loaner cassette of Incesticide passed by a friend during gym class. And then I started doing the things you're not supposed to do with the people you're not supposed to do them with.

And things went on like that for a while.

And now I'm here. Its the year 2016 and I'm watching a Jean-Claude Van Damme movie for the first time in my entire life. Correction: the entire Van Damme oeuvre. In all its 80s/90s time machine-y, Belgian accent-y, over the top action-y, high kicking, ass kicking glory. Because with that first (Bloodsport, 1988) viewing, some decades long unscratched itch deep down in inside felt suddenly satisfied. I'd craved the campy sincerity of these movies without any conscious awareness of their existence. Currently six films in, I've witnessed a mulleted Van Damme attempt a Cajun accent and knock a rattlesnake unconscious with a single punch (Hard Target, 1993), play twins separated at birth reunited to avenge their parents' rather confusing deaths (Double Impact, 1991 -- one of two films in the Van Damme dual role sub genre), and bookend a ridiculously disjointed 1920s epic (penned by the Muscles from Brussels himself) dressed as an old man in a bar, telling his life story to no one in particular (The Quest, 1996). And those mid-air splits? Van DAMN.

Time is a flat circle. Or time is a roundhouse kick that never ends. Or maybe time is just a lightning fast punch to the crotch. No way to know till the end of it all.

But there's something here, I think. Let's call it the Van Damme principle. Van Damme is a man out of time, he simultaneously exists everywhere and nowhere at once. Summer is technically over but summer isn't really over till all the tomatoes are gone and summer really really is a state of being that never truly begins or ends. Its an evolving theory. 30 + movies left in the queue...

Things will go on like this for a while. 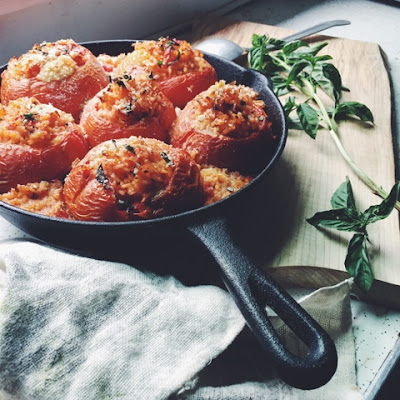 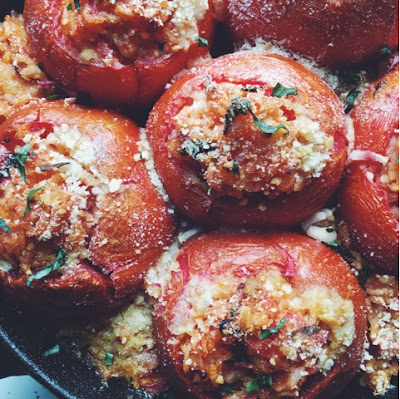 Read more »
Posted by Kara Voskian at 3:40:00 PM No comments: Links to this post 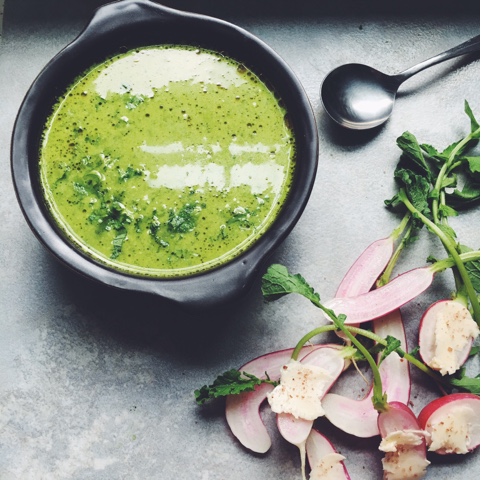 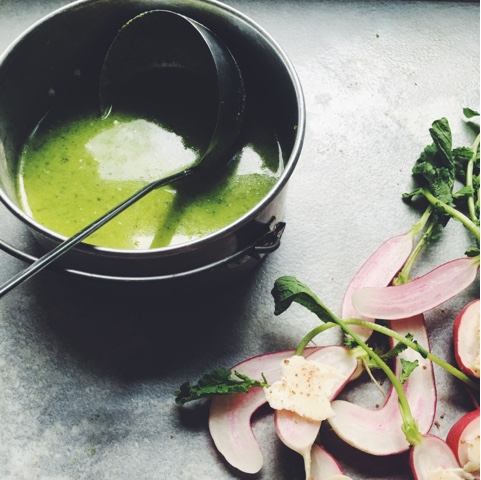 I'm a black belt in anxiety fueled second guessing and self-sabotage.
An achievement a lifetime in the making.
It's the reason I'm terrible at sustaining friendships, why I still haven't gotten any tattoos or learned to skateboard or surf, and why I'm finally writing this slightly spring-y soup post on the eleventh day of summer at six in the evening.

The recipe has been tested and ready to share for well over a month at this point. But every time I sat in front of the computer and tried to write something (ANYTHING) to fill this space, I cycled through that obnoxiously familiar... nothing ever seems quite good enough no one cares what you have to say everything feels overwhelming so instead I'll just tunnel down the internet rabbit hole for a few hours because everyone should know how to modify a vintage dresser to conceal a litter box and tori spelling's full post 90210 filmography needs investigating also what ever happened to the guy who played the slightly rockabilly looking musician who sang that song about talking to angels and threw her character down the stairs didn't he get a spin-off or something... headspace.

Then I had a minor epiphany at a concert the other night. Maybe it was the music or that I was juuuuust the right kind of self-medicated... whatever the cause, a whole lot of super intense feel-y thoughts about emotional honesty in relation to anxiety happened. The most immediately relevant being that I carved out this little digital nook way back when to put something genuine out into the world -- so what's the point if I'm not being my best (or at least...better) self here? Plus my birthday is rapidly approaching and I'd like to fuel my next trip around the sun with something more effective than creeping discomfort.

So YOU'RE WELCOME EVERYONE! Enjoy my rawness.
Also, this delightful soup recipe. 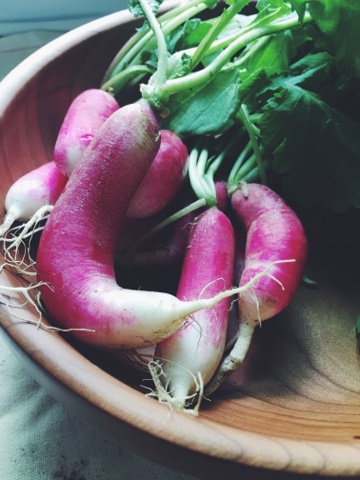 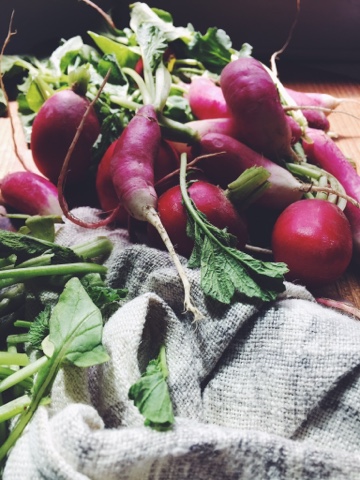 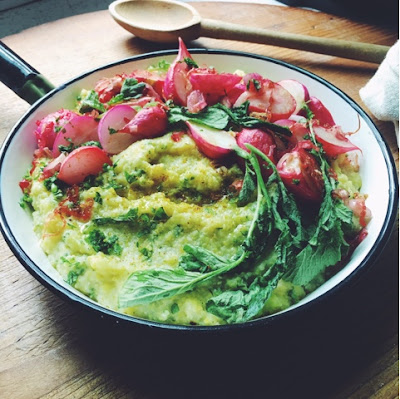 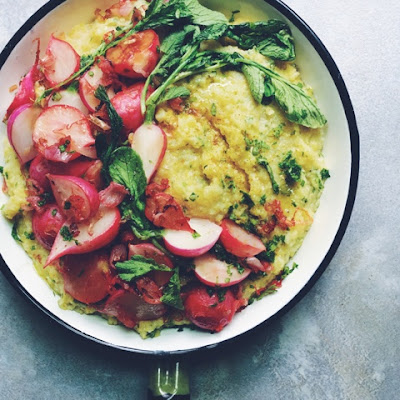 I know, I know. It's been a while. I'm going to ease somewhat gently back into these blogging waters by listing the top seven reasons why I'm not the biggest fan of spring. 1) It's too warm to wear sweaters all the time and I'm not ready to give up my cold weather wardrobe yet. 2) All I do is sneeze. 3) When I'm not sneezing my head hurts. 4) Local berries are still somewhat scarce and cost roughly $15,000 per pint at the farmers market. 5) I can not sleep with the windows open because I will wake up covered in a thin layer of pollen. 6) Did I mention that my head hurts? 7) Number two again.

Now for the much shorter list of things I like about spring. 1) Radishes. 2) Not having to wear three pairs of socks to prevent frostbite. 3) Number one again.
That is all.

Perfectly blush-y pink-y bunches of freshly harvest radishes give me all the tingly feels. Enough to temporarily overshadow the seasonal crankery listed above and, upon first sighting of the year, compel me to grab a bunch in each hand, do a little dance while shaking them high in the air and scream LOOK WHAT I FOUND in the middle of a crowded market. 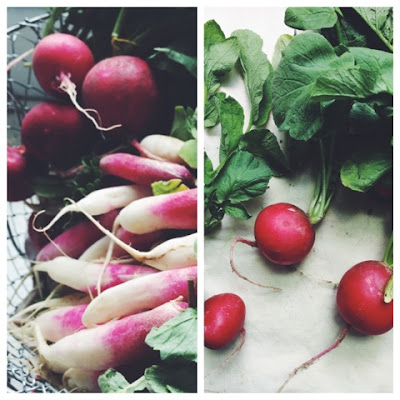 So here we are, at the very first post of (hashtag) RADISHMANIA 2016 - a yet undetermined number of recipes (at least a few, I promise) using every part of the radish, from pretty little root to leaf and everything in between. Because wasting stuff sucks and because radishes are awesome and so are you. xoxo 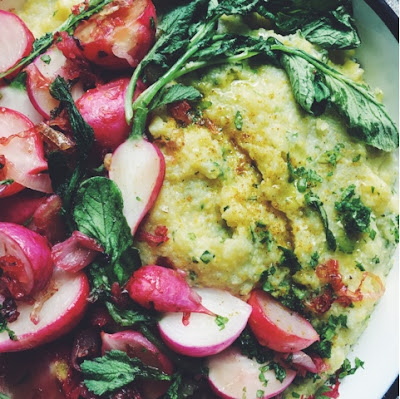